The little one, only 12 years old, competes in the FIA ​​Karting League

A documentary product of its association with The Brand Institute 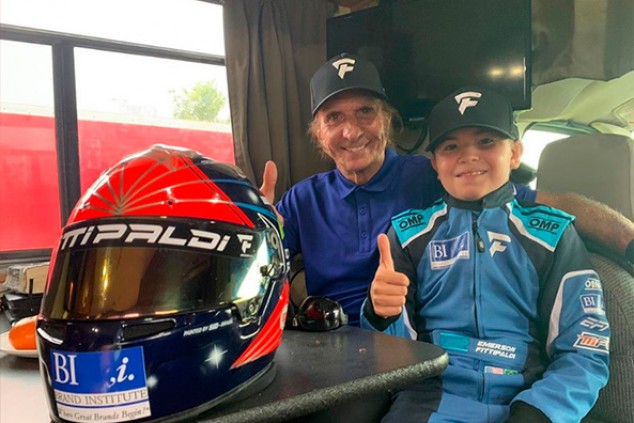 Emmo Fittipaldi, son of the two-time champion of Formula 1 Emmerson Fittipaldi, has released a documentary in which he tells his trip to Formula 1. The first episode, focused on his education, is now available.

Emmo Fittipaldi is one of the seven children of Emerson Fittipaldi. The little one, only 12 years old, is determined to follow in his father’s footsteps and already competes professionally in karting, specifically in the FIA ​​Karting League. It does so with the sponsorship of the Brand Institute advertising agency and together they have decided to release a documentary that tells Emmo’s path to Formula 1.

It’s called ‘Emmo Fittipaldi: The road to Formula 1’ and from this week you can start watching, with the first episode available, on Emmo’s YouTube channel .

The first chapter deepens the pilot’s education. Under the name ‘ School and education ‘, he explains how the child has had to change his way of education to combine it with the world of careers.

“Education is very important for young people and children who dedicate their lives to sports,” describes his father, Emerson. “I told Emmo from the beginning, when I was six years old and he started driving, that if he didn’t do well in class, we wouldn’t go ahead with the sport. School is culture and culture creates your personality. It helps you to have a broader view of things in life and that you can apply and use in many situations within the sport, “he added.

“If he does not do well in class, we will not continue with the sport. He knows it, it is a fact, a challenge,” Emerson insisted.

“When Emmo started traveling, since many races are held outside of Florida, in Europe, in South America, in Brazil … that made him start missing school and when that started happening, we had to stop. We are very happy. with education at home , it starts at 7:30 in the morning and it doesn’t matter where in the world it is. With technology, it’s very easy, “said the F1 champion.

Next, you can watch the first chapter of the documentary: